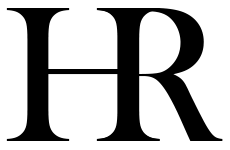 Part of our team proposal of ideas for the Silent Disco was a 'dueling VJ' setup. The two VJs would share a projection surface with the 'duel' over the amount of that surface they would have control of to put content on. The split between these two halves would be controlled by an operator with a slider who could control the split between the two sides. We proposed content to accompany the moves in this divide. In creating that content, I took inspiration from nostalgia, particularly retro arcade games and video games, along with tongue in cheek COVID inspired riffs on the same ideas.

For the event Eric Pitney and I were tasked with creating and implementing a lighting plot and design. Because Eric was in tech for Subject to Change at the time of this event, I took the lead on the plotting, install, and design process. The event took place at a large field with a stage and embankment wall that features  murals inspired by the local community. We used LED PARs scraping the walls as well as two moving lights placed at the front of the stage to create lighting looks for the party to accompany the DJs and the projection content being shown on the office building in front of the field.